How do you go about entering a powerful, breakaway gap?

A momentum gap setup or short #MGS is one of the best entry setups out there if you adhere to a couple rules and concepts.

I always enter a initial position (typically 30-60% of regular size) right at the open of a powerful #MGS. Once price pulls back intraday I wait and scale-in once I sensed that a intraday bottom has formed. I am not referring to the normal little pulback happening within the first 10mins of a session! A proper intraday bottom will form mostly around major support levels such as gap fills, ATH pivots or major PLLs. Once support is in the next potential opportunity to scale-in is when price goes above the highs of the first 15min bar of the day. This is called a 15min opening range breakout or short #ORB. However I rarely use the #ORB and see it more as a technique to get involved if you missed the intraday bottom or generally failed in establishing a meaningful position size. I simply hate buying into intraday strength like this.

As with the #QTS I also double my initial size sometimes in the #MGS on an intraday basis only. This is a skill based technique I employ and I will quickly cut back if it doesn’t quickly resolve to the upside in runaway fashion. I won’t sit with a double position waiting for a intraday bottom! But this stuff is not needed nor recommended.

I also stick to my scale-out rules here and realize some profits once the stock is up double percentage digits intraday (excluding the overnight gap). Once the gap-up day is in the books you simply sit tight. #MGS’s often pullback to test the lows of the gap up day or even go for a little shakeout below in the days following the gap. This is normal behaviour and actually provides another proper setup to add some size. A fellow trader uses those low volume retests in earnings momentum gaps calling them Fishhook. I adopted this term. The strongest runaway gaps also tend to go sideways for days or weeks following the gap day as they try to digest the move and want to give the impression of a lack of buying interst. More often then not there will be a proper follow on setup popping up during that phase.

Generally speaking the #MGS is a pure psychological setup which scares away most traders. The best setups are those who blast into ATH ground coming from a steady uptrend. Only few traders have the guts to buy them right at the open and thus those early and most scary ones tend to turn into the most powerful runaway gaps.

Establishing a strong postion in a #MGS is tricky and requires skill and experience in navigating the intraday market. You must not hesitate but also can’t allow mindless scale-ins on the first little sign of support. You also need to have a big enough initial position to avoid any FOMO setting in if the stock simply runs away from the open and never looks back.

If you struggle to get a grip on the #MGS it is best to enter via the normal position sizing technique. Enter with a small position and a stop below support. Due to the nature of gap this means that the position size has to be very small in order to not exceed your maximum stop loss. Here it is all about being honest and placing logical stops. 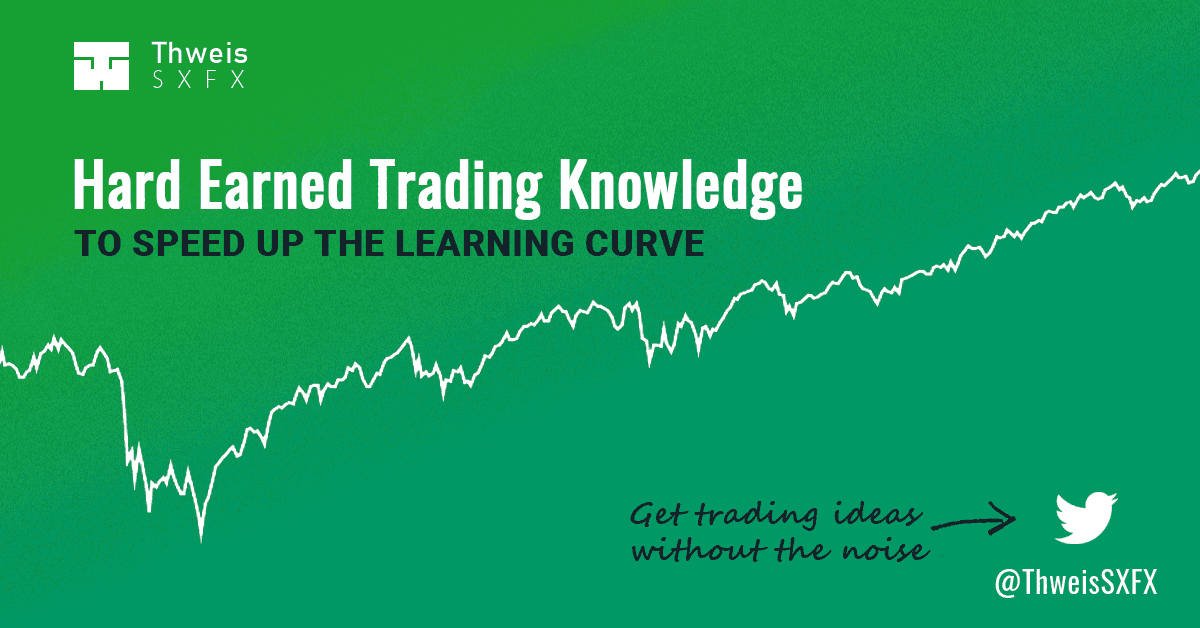 Was this article helpful?

Feel free to ask us!

If you have a question regarding the article above please refer to our Q&A section first. If that doesn't help, feel free to sign up to our mailing list to receive our contact details. If your question is reasonable it will be answered in our Q&A knowledge base.

Disclaimer: This article is my opinion which stems from my own experience gathered trading real money in the stock market. It represents my style and it fits my personality and risk allowance. More power to you if you are a net profitable trader despite violating everything that’s written above!

No Tag
A Trader of Stocks sharing ideas 5K Followers

Copy link
CopyCopied
Powered by Social Snap
We use cookies to ensure that we give you the best experience on our website. If you continue to use this site we will assume that you are happy with it.OkPrivacy Policy